It’s hard not to get lost in watching your adorable French bulldog sleep peacefully, whether they’re curled up next to you on the couch or sprawled out in their special bed. It’s also possible you might be slightly concerned about just how much your Frenchie can sleep.

Don’t be alarmed; it’s perfectly normal that your French bulldog enjoys sleep as much as they do. It’s a part of their nature, but if you’re concerned that something might be up, it would be good to know about your Frenchie’s specific behavioral patterns to know when to relax and when to monitor them closely.

Why Do French Bulldogs Sleep So Much?

French Bulldogs need their sleep to recuperate any expended energy from their day, and so they can grow into strong, healthy dogs. This is especially true when they are puppies, and when they get older.

Every dog is a little bit different, but you should not be worried about your French Bulldog sleeping so often; it’s in their nature to like their rest.

If your French Bulldog does not get enough sleep, it could potentially have an impact on their behavior and their overall happiness and health.

Do French Bulldogs Sleep More Than Other Dogs?

French Bulldogs do tend to be a sleepier breed than most. If you’ve had other dogs before getting your French Bulldog, you might initially worry because they seem to sleep all the time. There is no cause for concern though; they are just sleepy animals.

How Much Do French Bulldogs Need To Sleep?

Your French Bulldog will probably want to sleep the majority of the day, and that’s normal. They typically need to sleep between 14 and 16 hours every day. As they age, they might want to get a little bit more sleep than this as they are prone to getting tired more easily.

Once your Frenchie gets to be between 3 and 4 years old, you will notice them start to slow down a bit.

Why Does My French Bulldog Sleep So Much When They Are So Lazy?

French Bulldogs aren’t overly active dogs by nature. They might enjoy their daily strolls with you, and might enjoy batting around a toy or two, but generally speaking, they prefer to just hang out.

The only reason you should be concerned if your dog seems to be getting super lazy and sleeping all the time is if they used to play a lot and now they don’t enjoy it anymore.

Do French Bulldogs Adapt Their Sleeping Patterns To Their Humans?

Your French Bulldog will learn your sleeping patterns and will adjust them as they see fit. For example, they might know that they can catch a lot of sleep at night when you are also sleeping. They might want to try and stay awake when they know you are free to play with them and give them lots of attention. 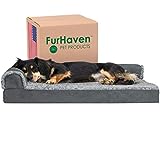 Why Do French Bulldogs Sometimes Sleep With Their Eyes Open?

This can be slightly scary when you stumble upon it, but there is actually a very practical reason for French Bulldogs keeping their eyes open when they sleep. They adopted this trait to help keep predators away.

Even though French Bulldogs will not be found in the wild anymore, many of them still have this trait ingrained in them.

You might notice your dog start to twitch when they are sleeping and start to get nervous. When dogs are in a deep sleep and they are dreaming, they will often twitch. You might even hear them make silly noises while they dream.

Why Does My French Bulldog Enjoy Sleeping On Their Back?

This adorable little habit your French Bulldog has helps to keep their bodies exposed to cool air, as they may not be able to sleep if they are overheated.

Your French Bulldog is also showing you that they feel safe and secure being vulnerable enough to sleep in such an exposed position. When they were in the wild, they would never dream of letting their most vulnerable areas be open to potential predators.

Why Does My French Bulldog Sleep With Their Tongue Out?

It’s normal for your French Bulldog to let their tongue hang out of their mouth and drool all over the place when they sleep. While it can be kind of gross, it’s also hilarious and adorable.

However, you should pay attention to their tongues because it can be an indicator of a health concern. Check to see if their tongue is constantly hanging out even when they are awake, they don’t drink often, or their tongue has changed in appearance.

If you notice these changes, you should take them to the vet to ensure they don’t have an illness, such as hanging tongue syndrome. This is something that is somewhat common for French Bulldogs to develop.

What If My French Bulldog Seems To Be Tired All The Time?

If you notice your dog’s energy levels have dipped to lower levels than before, it’s worth monitoring their behavior. Make sure they are eating and going to the bathroom normally. If they seem like they are dragging themselves around and sleeping more than normal, it might be worth a trip to the vet.

Should I Be Concerned About My French Bulldog Making Weird Sounds In Their Sleep?

You will probably hear your French Bulldog snore, make silly puffing noises, and breathe very deeply. This is normal because of their facial structure. Unfortunately, their facial structure can lead to respiratory issues, so any sign of them struggling to breathe is something to keep your eye on.

One indicator of their breathing causing them distress would be if they are sleeping in an unusual position or are constantly stirring around trying to get comfortable.

When Should I Be Concerned About My French Bulldog’s Sleeping Habits?

If you find that they are overly restless in their sleep or are unable to stay asleep for very long, it could be cause for concern. It’s possible that your dog isn’t feeling well or is hurt somewhere, so a trip to the vet could be warranted.

Furthermore, if you find your Frenchie is sleeping way too much, and is very difficult to wake up, you might want to take them to the vet in case they are ill and don’t know how to communicate this to you.

Some other indicators that your French Bulldog’s changing sleeping habits are something of concern could be:

Should I Let My French Bulldog Sleep With Me?

This is really a personal choice, but French Bulldogs can be difficult to sleep with, especially if you are a light sleeper. They make a lot of noise, and they can bring a lot of unpleasant smells into your bed.

Be sure to invest in a good quality bed for your French Bulldog, and be sure to give them lots of cuddles during the day so they aren’t starving for your attention when you’re trying to sleep at night.

Also if you’re struggling to get them to sleep in there own bed check out our sleeping tip guide here.

French bulldogs are known for their snoring sleep. They may spend up to 18 hours each day in a deep slumber or they might be light sleepers all Frenchies and circumstances are different. If your frenchie doesn’t sleep much you can help by making adjustments in the home environment and providing exercise during the day to tire them out.

link to Are French Bulldogs Jealous?

Any French bulldog parent knows that choosing one of these dogs means choosing a dog who needs a lot of attention. Should you have other dogs, young kids, or a somewhat busy life, you might be...

Continue Reading
link to Do French Bulldogs Drink a lot of Water?

You have a new Frenchie at home and it’s as adorable as they come. Everything this pooch does is cute, even down to the sloppy way it drinks water. But you may think the dog is consuming too much...