Continue reading to learn more about why your French bulldog sits funny and how to look for additional indicators that your dog may be suffering from an underlying ailment.

Why Does My French Bulldog Sit in Strange and Amusing Positions?

Some dog breeds, particularly those with sturdy bodies and lengthy hind legs, have been known to sit in unusual postures. Even while it may appear that dogs are sitting strangely, it is frankly how they relieve strain on their lumbar area.

When it comes to Frenchie’s, these small dogs have large chests. Thus, they will sit in an unusual position to distribute the pressure over the rest of the body.

Is it Harmful to my French Bulldog to Sit in a Strange Sitting Position?

Many of us are ecstatic when we see a Frenchie puppy sitting up straight. Most owners hurry to photograph their dogs since they appear superior. In general, dogs like to sit the same way as humans do to relieve back discomfort.

However, they might also imitate their owner’s actions to draw attention to themselves. As a result, there’s nothing wrong with this happening. Although, if this behaviour occurs daily, you should take your dog to the veterinarian to determine if there is an underlying cause.

What Underlying Conditions Could Strange Sitting Positions Indicate in My French Bulldog?

You shouldn’t be alarmed if you observe French bulldogs sitting strangely in most circumstances. However, similar sitting events have been seen in dogs with other underlying health concerns like hip dysplasia, obesity and knee issues. As a result, it is recommended that you look for additional indicators to see if your dog has an underlying problem.

Hip dysplasia in French bulldogs is one of the most prevalent health issues in this breed. Hip dysplasia is a condition in which the joint ball doesn’t fit into the socket, causing irregular femoral head movement.

Hip dysplasia in French bulldogs occurs when the bones expand fast due to over-exercising, obesity, or misalignment of muscle mass and skeletal growth.

In French bulldogs, a hereditary deficiency, weight gain, age, activity, fast development, muscle mass loss, and hormones can all contribute to hip dysplasia. Since there is no treatment for this condition, you can aid your dog by supplementing with chondroitin and glucosamine.

What Aare the Symptoms of Hip Dysplasia in French Bulldogs?

Hip dysplasia in French bulldogs can cause a variety of symptoms. Some puppies as young as four months old may exhibit indications of the disease. In that situation, the owner may be certain that the puppy has genetic hip dysplasia, which might have been avoided if the dog had been purchased from a reputable breeder who had completed the necessary health checks.

Other dogs with osteoarthritis and hip dysplasia may acquire hip dysplasia as they become older. The severity of the condition may influence the symptoms. Whining, discomfort, a sudden inability to ascend the stairs, and laying in a frog-like position are the most typical signs of hip dysplasia.

The ‘puppy sit’ is a behaviour seen frequently in young puppies. It appears as though a dog has perched on one hip and kicked out the other leg. To keep your pup from adopting such a sloppy stance, keeping your training sessions exciting is recommended.  You can develop better posture in your puppy by using your dog’s favourite treats or toys.

This does not imply that you should discipline your dog by sitting in the ‘puppy sit’ posture all of the time. It’s only a natural aspect of their development. Therefore, French bulldogs will sit strangely from time to time.

Many difficulties may arise if French bulldogs sit in the puppy sit position even after fully growing. It’s worth noting that dogs should occasionally sit strangely. However, they should not accept it as part of their everyday routine.

Every French bulldog owner should know what a healthy and adequately bred Frenchie should look like. The compact and muscular build of the French bulldog breed is recognized for its hefty bone structure. Their heads should be square, and their body components should be proportioned and well-balanced.

The American Kennel Club recommended that a male’s weight not exceed 28 pounds. If you don’t want to exhibit your dog, a male Frenchie can weigh no more than 30 pounds. Although these are the ideal weight guidelines, if a Frenchie is less in size, they may be labelled obese. To put it another way, a tiny French bulldog should never weigh more than 28 pounds.

Taking your Frenchie for walks regularly is the most excellent method to keep him from becoming overweight. Walks will help your dog avoid diabetes, aching joints, and hip dysplasia, although this breed does not demand a lot of physical activity. 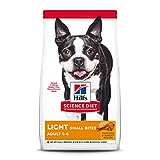 Luxating patella, which develop when your puppy’s kneecaps fall out of position, can be pretty painful in the short term and lead to arthritis and cruciate rupture later on, which are common in French bulldogs.

This small hop may resemble Charlie Chaplin’s goofy and lovely stride, but it might be more painful than amusing for certain dogs. A skip in your Frenchie’s step may signal that the dog has a luxating patella, which can evolve to a condition that requires surgical intervention over time.

A lack of vitamins might cause knee problems, cartilage loss, or obesity during childhood. To avoid this problem, you should keep your Frenchie’s weight within normal levels. In addition, make sure your dog is eating a well-balanced diet.

In addition, French bulldogs are known to be prone to spinal disorders, notably hemivertebrae. This is a congenital disorder in which one or more vertebrae are misaligned.

While the condition does not appear to be concerning in some situations and the dogs exhibit no clinical evidence of malformation, certain Frenchie’s are having difficulty dealing with it. It may also impair their capacity to perform effectively.

If your French bulldog has urine or fecal incontinence, weak rear limbs, and is in continual discomfort, you know something is wrong with his spine. He could also become used to sitting in an uncomfortable position.

Treatment for this health problem varies based on the intensity of the symptoms and the severity of the ailment. Oral anti-inflammatory medicines and cage rest are commonly given to dogs with minor symptoms. On the other hand, if the condition has worsened, a surgical operation should be undertaken.

Why Does my French Bulldog Lay Down in a Frog-Like Position?

You shouldn’t be alarmed if you see your dog lying down like a frog since they’ll most likely do so to cool down. Considering Frenchie’s are prone to overheating, this posture aids in reducing body temperature. During the summer, you’ll often find your Frenchie laying on tiles since they give a quick heat escape.

I hope this blog has helped you better understand the mysteries of your French Bulldog’s funny sitting. If you have any more questions, please leave them in the comment section below and we’ll get back to you with an answer as soon as possible.

In the end, it’s important to know that some dog breeds simply have a genetic predisposition for certain health conditions. If you’re not sure how your French Bulldog is sitting funny or if he seems uncomfortable when they do sit, talk to your vet about his condition and what may be causing it.