We’ll also cover what might be causing the behavior in the first place so that you can help your pup out! Let’s get started!

Your French bulldog could be constantly licking their nose because of stress, allergies, dry nose, dehydration, oral discomfort, or a calming mechanism when meeting new people or dogs and maybe the smell of food.

What triggers my french bulldog to lick his nose?

Nose licking is your french bulldog’s calming mechanism. A good lick of the nose at the right time sends a calm message to your dog and other dogs, as well as giving them an opportunity for assessment before reacting in any way.

The french bulldog’s nose is a sensitive and important part of its body that acts as the cooling system for times when it’s in high activity.

The first thing your pup will meet on walks or other outings, this organ has vital sensory abilities to help them sense their surroundings while staying clean!

The canine may be an animal with endless energy but they have one essential need: keeping their noses wet enough to function properly all day long.

Like any person who spends hours at work without taking time out, our pups’ sinuses dry up over time which means we’ll either get messages from around us later than planned or not receive anything at all! 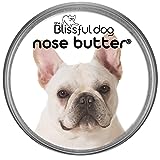 My french bulldog has a dry nose

Dogs are the best at keeping their noses clean and moist, but many dog owners don’t know that when they see a dry or runny nose on their pup it means something is wrong. Continual licking could indicate an underlying issue as well so keep those eyes peeled!

A dry nose is not always a sign of trouble but can often be indicative of fever, dehydration or other conditions like dry eye.

If your dog’s dried out nose comes with any symptoms such as lethargy, vomiting, and diarrhea, or changes in appetite it would be best to contact the vet for advice.

What causes my french bulldog to lick his nose?

The nose is a complicated organ. It has the ability to sense not just smell, but also temperature and taste! When you notice your dog licking their nose or snuffling around it more than normal, take them to see a vet as soon as possible for proper diagnosis before any other symptoms arise.

Mild causes – Some of the more common reasons for dogs who lick their noses include:

Signs of concern when your dog is licking his nose

Nose licking can be a sign of something severe. These health problems have some other symptoms to look out for and warrant a trip to the vet.

How to treat a french bulldogs nose

For a touchy nose, ask your vet for things you can do at home. There are many balms and oils that will soothe the discomfort in case of dryness or nasal hyperkeratosis. 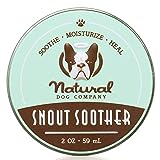 If your pup is exhibiting stress-based nose licking, learn his body language. Perhaps they get nervous around a specific dog pal or while traveling? Small children and loud noises may also cause him to become stressed. Pups need to be spoken in soft tones and comforted when showing anxiety!

When it comes to excessive nose licking, you should know that it could be a sign of another health problem. Your vet might carry out bloodwork or other tests to identify any underlying medical problems and if your dog is dehydrated they may require fluids.

If the cause for the behavior can’t be determined by these methods, then toxicology testing will occur with proper rinsing as well in order to cleanse their system from potential toxins – this all depends on what’s causing them to lick so much!

It’s possible that your dog may have an infection, allergies, or a disease. If the licking is accompanied by other symptoms like sneezing, red eyes, and discharge from the nose then you should take him to see his veterinarian as soon as possible for diagnosis and treatment.

You can also try using topical ointments on his nostrils if it seems they are irritated or he has excessive nasal secretions. People often think their dogs just need love when in reality they could be suffering from something much more serious!

link to Can a French Bulldog be a Service Dog?

Continue Reading
link to How Can I Stop My French Bulldog From Snoring?

You probably find nearly everything your Frenchie does adorable but their nighttime noises can sometimes get a bit much! Have you ever found yourself up in the middle of the night wondering: “How...